Their messages of endurance span the millennia

Some women of the Bible are so well known that we name our daughters after them – Sarah, Deborah, Mary, Martha. Others have left us familiar names, but less familiar stories, like Joanna of the New Testament, who put all her considerable resources at the disposal of Jesus. There’s fascination with the misdeeds of the infamous ones, like Jezebel and Delilah, as well as those of heroines like Rebekah. And there are some whose names we’ll never know, but whose stories still touch us – Jepthah’s daughter, the wise woman of Tekoa, the woman who touched Jesus’ robe and was healed. 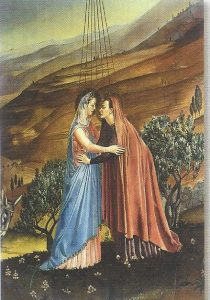 Mary and Elizabeth meet. Detail of a mural at the Church of the Visitation, Ein Karem, Israel. Photo: Miriam Feinberg Vamosh

As seekers of inspiration from Scripture, we try to imagine ourselves walking a mile in the sandals of these female Bible characters, especially women of faith like Hannah and Ruth. Many of the strong women of the Bible, like the midwives Shifrah and Puah, the matriarch Rachel, or Queen Esther (and her predecessor, Vashti, for that matter) possessed the secret of finding power in a society that thrived on taking it from them. And let’s recall Michal, David’s wife, who, like many of her scriptural sisters, had to resort to subterfuge to reach her goals.

Some of the women of the Bible became “leading ladies.” Miriam, for example, was both leader and prophet. Her impression on Jewish history was so great that legend has portrayed her as part of Jewish experience for millennia after her death. And then we have Mary Magdalene, whom Christian scholars like Mary R. Thompson consider an early leader in the Judeo-Christian community. 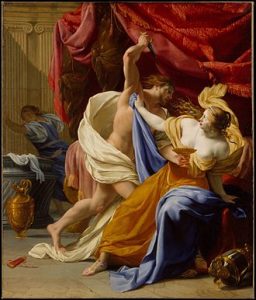 The Rape of Tamar, by the 17th-century artist Le Sueur.

We painfully recall Tamar, a rape victim of her own half-brother, and Dina, raped as part of a biblical political drama. These are women who had everything taken from them. The biblical telling, or rather not-telling, leaves us to imagine that they must never have gotten over their tragedy, a fate that pursues all too many of their modern-day sisters.

The barren women of the Bible teach us special lessons in faith and strength. There’s Manoah’s wife, Samson’s future mother, who believed more strongly than her husband in the angel’s message, and Hannah, Samuel’s mother; both dedicated their sons to divine service.  Hannah in her praise poem gloriously presages Mary’s song when she met Elizabeth, another barren-fruitful, faithful woman.  Both these paeans point to unifying aspects of our Judeo-Christian tradition and lead to a deeper understanding of the Hebrew roots of Christianity.

We are fortunate in the gift that archaeology has given us in unearthing the tools of their everyday existence. Real archaeological finds bring these women alive!  Most of them (like us) worked from dawn to dark. Perhaps the first multi-tasker in biblical history was the indomitable “woman of valor” of Proverbs 31. 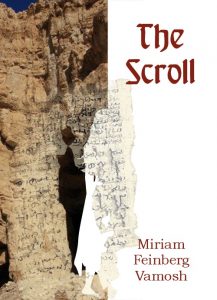 Cover of The Scroll, depicting a woman marching from darkness into light.

In my historical novel, The Scroll, I sought to make the spirit of the strong women of the Bible pivotal in my plot. which begins with the fall of Masada. According to the historian Josephus there were two women survivors of Masada. One is my heroine in the first generation of The Scroll. She brings a message of female empowerment down through the generations. With it comes striving the for the elusive goal of Jewish unity, with which we still struggle today.

Delve into the stories of the women of the Bible and don’t be surprised to discover that in their stories, you’ll find your own.

I gratefully acknowledge the publisher of my book Women at the Time of the Bible, Palphot, for permission to use material from it for this article. 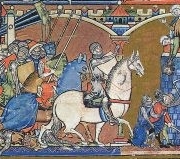 Spiritual Liquid Sunshine: the Blessing of Rain in its Season
1 reply